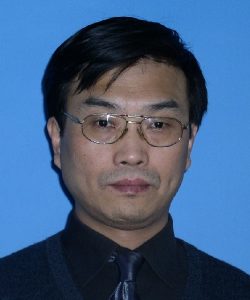 Zhongsheng Hou (SM’13) received the B.S. and M.S. degrees from Jilin University of Technology, Jilin, China, in 1983 and 1988, respectively, and the Ph.D. degree from Northeastern University, Shenyang, China, in 1994.

From 1995 to 1997, he was a Postdoctoral Fellow with Harbin Institute of Technology, Harbin, China. From 2002 to 2003, he was a Visiting Scholar with Yale University, CT, USA. From 1997 to 2018, he was with Beijing Jiaotong University, Beijing, China, where he was a Distinguished Professor and the Founding Director of Advanced Control Systems Lab, and the Head of the Department of Automatic Control. He is currently a Chair Professor with the School of Automation, Qingdao University, Qingdao, China.

His research interests are in the fields of data-driven control, model-free adaptive control, learning control, and intelligent transportation systems. Up to now, he has authored or co-authored more than 180 peer-reviewed journal papers and over 140 papers in prestigious conference proceedings. He has authored two monographs, Nonparametric Model and its Adaptive Control Theory, Science Press (in Chinese), 1999, and Model Free Adaptive Control: Theory and Applications, CRC Press, 2013. His pioneering work on model-free adaptive control has been verified in more than 160 different field applications, laboratory equipment and simulations with practical background, including wide-area power systems, lateral control of autonomous vehicles, temperature control of silicon rod. His works on data-driven learning and control has been supported by multiple projects supported by the National Natural Science Foundation of China (NSFC), including three Key Projects in 2009, 2015, and 2019, respectively, and a Major International Cooperation Project in 2012.

Prof. Hou is the Founding Director of the Technical Committee on Data Driven Control, Learning and Optimization (DDCLO), Chinese Association of Automation (CAA), and is a Fellow of CAA. He is also an International Federation of Automatic Control Technical Committee Member of both “Adaptive and Learning Systems” and “Transportation Systems.”  Dr. Hou was the Guest Editor for two Special Sections on the topic of data-driven control of the IEEE TRANSACTIONS ON NEURAL NETWORKS in 2011, and the IEEE TRANSACTIONS ON INDUSTRIAL ELECTRONICS in 2017.