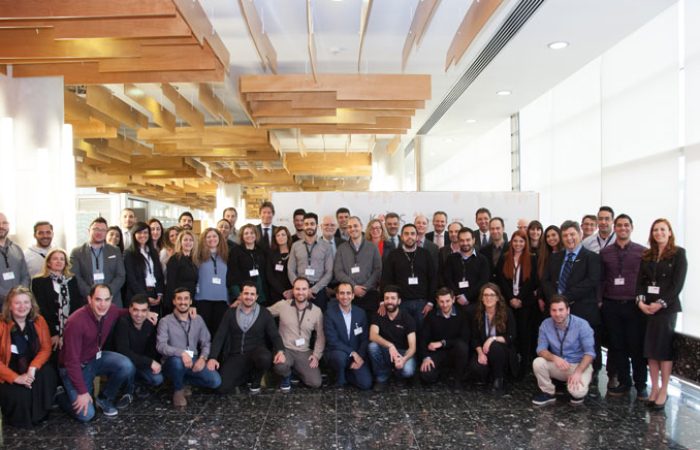 This year KIOS is celebrating its 10 year anniversary. The Center was officially established in 2008 at the University of Cyprus as the KIOS Research Center for Intelligent Systems and Networks, following approval by the Council of Ministers of the Republic of Cyprus. In 2017, the Center was upgraded to a European Center of Excellence, through a competitive “Teaming” grant of the European Union, and was renamed KIOS Research and Innovation Center of Excellence.

THE 10 YEAR JOURNEY
A little bit of history….

The idea to establish KIOS was initiated by a group of faculty from the Department of Electrical and Computer Engineering of the University of Cyprus, who envisioned a research center that would combine expertise from various disciplines to address important global research challenges in the area of intelligent systems and networks.

The Center’s research priorities were to develop advanced engineering and management tools for large-scale, safety-critical systems, such as electric power systems, transportation networks, water distribution systems, telecommunication networks, and healthcare delivery systems. The overall vision of the Center was to create an inspiring environment for conducting high-quality interdisciplinary research in order to promote a knowledge-based economy in Cyprus, which will ultimately benefit the Cypriot educational system, industry, and society at large.

The name of the Center “KIOS” (in Greek Κοῖος, pronounced Kee-os) is inspired from the Greek mythology, where Kios was the Titan of Intelligence, and specifically of the inquisitive mind and the questioning intellect. This name is especially relevant to a Center that aims to solve problems related to intelligent systems and networks!

The road to research excellence

Since its inception, the Center has reached some important milestones, which have helped the Center to develop from infancy into a Research Center with established scientific reputation in Information and Communication Technologies (ICT). Towards the road to excellence, the KIOS Center had some significant successes, including an ERC Advanced Grant (the first such grant awarded to the University of Cyprus), an ESF COST Action (the first to be coordinated by a team from Cyprus), and a capacity building Strategic Grant from the Cyprus Research Promotion Foundation.

Upgrade to a European Research Center of Excellence

A crucial milestone in the Center’s history was the “Teaming” grant from the European Commission in 2017, which enabled the advancement of KIOS into a world-class Center of Excellence. As part of the “Teaming” Grant, the Center will receive significant funding from the European Commission, the Government of Cyprus and the University of Cyprus, totaling more than 40 million euros over the next 15 years. It was the first time that such a large grant was secured for research and innovation in Cyprus.

The KIOS Center of Excellence is now the largest research center in Cyprus in the area of Information and Communication Technologies (ICT). The vision of the Center is to develop excellent interdisciplinary research on a global scale, as well as to produce new knowledge and important tools that can be applied to solve real life problems related to critical infrastructure systems. In this endeavor, KIOS is in strategic partnership with Imperial College London, which is consistently ranked as one of the top universities in the world. Imperial College London is sharing its best-practices and expertise to help with the development of the KIOS Center of Excellence.

The “Teaming” project has facilitated a strategic advancement of KIOS in terms of human capacity and infrastructure. Specifically:
• A critical mass of postdoctoral and postgraduate researchers were recruited for conducting frontier high-tech research in the area of monitoring, control and security of critical infrastructure systems. The KIOS Center of Excellence currently employs over 100 researchers, while the vision is to grow to 150-200 researchers by the year 2022.
• The KIOS Critical Infrastructure Systems (CIS) Testbeds have started to be built. These will help to advance the development of research through experimental evaluation, testing, and prototyping – leading to state-of-the-art technologies for the KIOS research domains.
• Created a vibrant innovation cluster, the KIOS Innovation Hub, to facilitate collaboration with industry and undertake industry-driven research. The KIOS Innovation Hub is providing research and innovation services to several organizations involved in the management, operation, control, and security of critical infrastructures through the use of ICT.

What Lies Ahead
The KIOS Center of Excellence, as described by the President of the Republic of Cyprus, Mr. Nicos Anastasiades during the Center’s 5th anniversary, “is a new flagship initiative that will have a positive impact on the economy of Cyprus. This is not just an excellent opportunity, it is also very timely”.

KIOS is successfully creating a research and innovation ecosystem in Cyprus, capable of connecting universities, technology companies and end-users, governmental organizations, as well as companies which promote entrepreneurship. This cooperation network is generating new research results and technology products, is creating new high-tech employment opportunities, is increasing Cyprus’ ICT capacity, is elevating internationally the research and scientific profile of Cyprus, and is contributing to the societal and economic growth of Cyprus.

In the next few years, KIOS will work to maximize the opportunities made available through the Teaming grant. The ultimate goal is to become a leading European research center of excellence in monitoring, control and security of critical infrastructure systems, and a regional hub for innovation and entrepreneurship, making a significant contribution towards the promotion of research and innovation, with major economic and societal benefits for Cyprus and Europe.

Distinguished Lecture by Prof. Dimitrios Tzovaras at the KIOS Center of Excellence