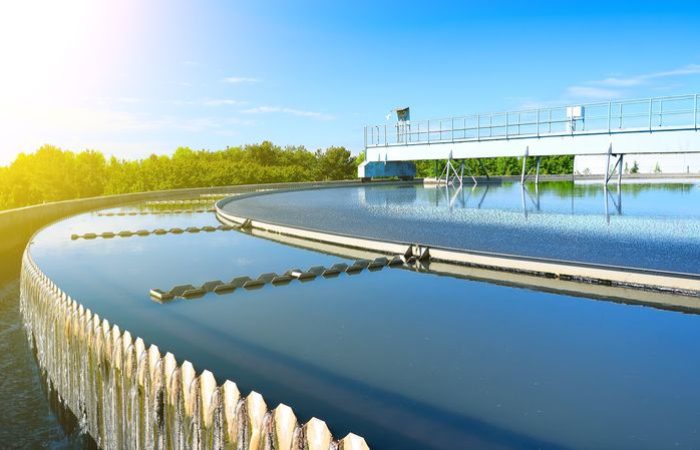 The KIOS Center of Excellence at the University of Cyprus has secured a highly competitive ERC Synergy Grant for the research project “Water-Futures”, totaling 10 million euros, with Professor Marios Polycarpou, Director of KIOS CoE, as the corresponding Principal Investigator.

Cyprus has had significant successes in securing competitive funding from the European Research Council (ERC) and as such has an established reputation for scientific excellence. The University of Cyprus is now pleased to announce the approval of the ERC Synergy Grant “Water-Futures”, which is the first such grant for an academic institution based in Cyprus. The Water-Futures research grant has a value of 10 million euros.

Among more than 440 proposals submitted to the European Research Council for a Synergy Grant, and after a highly competitive year-long evaluation procedure, 34 research projects were selected to address some of the world’s most formidable research problems spanning multiple scientific disciplines. As stated by the European Commissioner for Innovation, Research, Culture, Education and Youth, Mariya Gabriel: “The selected projects are excellent examples of bold scientific thinking. Many of these endeavours will tackle pressing issues in specific areas such as health, the environment and climate. Others will push the frontiers of knowledge, creating new opportunities in ways that we cannot fully predict today”.

According to the President of the European Research Council (ERC), Professor Jean-Pierre Bourguignon, “The ERC Scientific Council devised the Synergy Grants to offer a space where ambitious researchers could join forces to tackle multifaceted scientific challenges. Each of the new teams is aiming at nothing less than an important breakthrough.”

The awarded project, entitled “Smart Water Futures: Designing the Next Generation of Urban Drinking Water Systems,” is a partnership between four internationally recognized researchers and their teams: Professor Marios Polycarpou, from the University of Cyprus, who is also the Corresponding Principal Investigator; Professor Barbara Hammer from the Bielefeld University in Germany; Professor Phoebe Koundouri from the Athens University of Economics and Business in Greece; and Professor Dragan Savić from the KWR Water Research Institute in the Netherlands.

Marios Polycarpou is a Professor of Electrical and Computer Engineering at the University of Cyprus and the Director of the KIOS Research and Innovation Center of Excellence. Professor Polycarpou was also the first Cypriot scientist to be awarded an ERC Advanced Grant in 2012 for the project FAULT-ADAPTIVE. The project involved a pioneering research initiative, aimed at designing and analyzing “smart” algorithms for real-time data processing, capable of improving the performance and fault tolerance of critical infrastructures systems. Professor Polycarpou joined the University of Cyprus in 2001, after a successful academic career in the USA. During his academic career he has been awarded more than 70 competitive research projects from several funding agencies in the US, the European Union, and the Cyprus Research and Innovation Foundation (IDEK). Professor Polycarpou is an IEEE and IFAC Fellow and the recipient of the prestigious IEEE Neural Networks Pioneer Award. Professor Polycarpou is also a founding member of the Cyprus Academy of Sciences, Letters and Arts.

The United Nations predicts that an estimated 70% of the world’s population will live in urban areas by 2050. This growth causes significant burden on urban drinking water systems and services. Historically, as cities grew, new water infrastructures were developed based on need. However, these developments had less to do with real planning than with reacting to crisis situations and urgent needs, mainly due to the inability of urban water planners to consider long-term, deeply uncertain and ambiguous factors affecting urban development and water demand.

The key question, according to the principal investigators of the project, is, “how should the world achieve the provisioning of high-quality water services in the future while facing severe climate, economic and population pressures, under considerable (deep) uncertainty?”

The Water-Futures project aims to develop a theoretical basis for designing smart water systems, which can provide a framework for the allocation and development decisions on drinking water infrastructure systems, so that they are socially equitable, economically efficient and environmentally resilient, in line with the Sustainable Development Goals of the United Nations Agenda 2030. These next-generation water systems will utilize new technologies to integrate real-time monitoring and control with long-term robustness and flexibility.

The project outcomes will provide the theoretical and practical basis for enabling various stakeholders, policy makers, managers and operators to make socially-acceptable and fair decisions, which balance real-time and short-term decisions as well as long-term infrastructure transitioning and planning for evolving urban water distribution systems under multiple possible futures and deep uncertainties. Moreover, the new science outcomes will be applied to three real-life case studies exemplifying different types of urban water systems: a mature, relatively stable system in the Netherlands; a mature and rapidly expanding system in Cyprus; and a relatively recent supply system in Mexico with high growth and special challenges, including limited resources, intermittent supply and high-water losses.

“This Water-Futures project will receive funding from the European Research Council (ERC) under the European Union’s Horizon 2020 research and innovation programme Grant agreement No. 951424.”

FixCyprus: A platform and mobile app to improve the Cyprus road network infrastructure and road safety