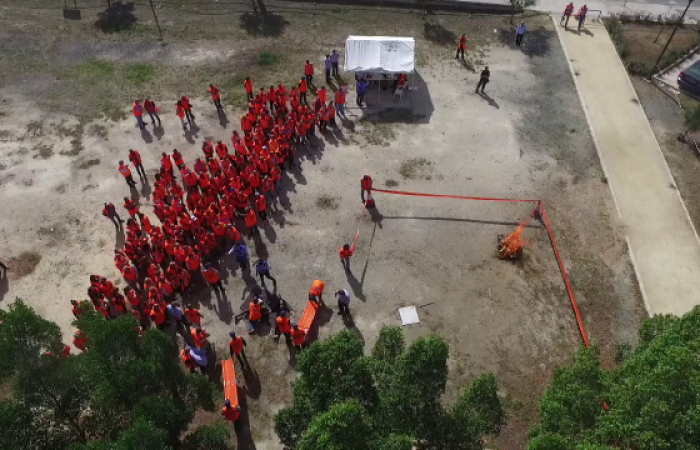 Amongst the European Union funding programmes are specialist programmes that are designed to support key strategic priorities of the Union. One such programme focuses on supporting efforts of EU member states and other partner countries in the areas of prevention and preparedness in civil protection and marine pollution, as well as in encouraging a common European approach in implementing related measures.

The KIOS Research Center for Intelligent Systems and Networks at the University of Cyprus is coordinating one such innovative research project, entitled PREDICATE (https://www.kios.ucy.ac.cy/predicate). The project aims at enhancing the disaster prevention capabilities of civil protection and other relevant services at the local, regional, national, and international level. More specifically, the project PREDICATE will develop tailor-made tools to assist first response services such as police departments, civil defence, and fire services that can operate Unmanned Autonomous Systems (UAS) to organize and coordinate their responses quickly and effectively. In doing so PREDICATE will have a significant impact on the emergency response capabilities of first responders both in Cyprus and Greece as well as in Europe and internationally, by enabling relevant authorities to improve situational awareness and expedite search and rescue.

The project is funded by the Directorate General for European Civil Protection and Humanitarian Aid Operations of the European Union through the Call for proposals 2015 for prevention and preparedness projects in the field of civil protection and marine pollution under grant agreement.

The project’s consortium consists of the KIOS Research Center at the University of Cyprus, the Cyprus Civil Defense and, KEMEA (the consulting body of the Greek Ministry of Interior and Administrative Reconstruction).

To facilitate end-user feedback during the development of relevant technology, PREDICATE has already participated in several live exercises and drills with ‘Lailapa 2016’ being the most prominent example. This transnational firefighting exercise took place at Lefkara village, Cyprus, with the participation of terrestrial and aerial means from Cyprus, Israel, Greece, and the United Kingdom. During the exercise, UAS were used by the project partners to monitor the safe evacuation of elementary school children (which, based on the scenario, were in danger due to the fire) while live footage of the scene was streamed to consular bodies and emergency-response control centers in Cyprus (e.g., the Civil Defense headquarters, the Fire Service headquarters), Israel, and the British Sovereign Base command centers. Furthermore, a Search & Rescue operation was monitored and the live video feed was streamed to a mobile control center used to inform participants overseeing the exercise, for demonstration purposes.

The project has generated significant interest from national authorities and decision makers and is particularly interested in the bespoke approach towards technology development, in order to fulfil the precise needs of public service organizations.

“The project has received funding from the European Union’s Call for proposals 2015 for prevention and preparedness projects in the field of civil protection and marine pollution under grant agreement ECHO/SUB/2015/713851/PREV29”.