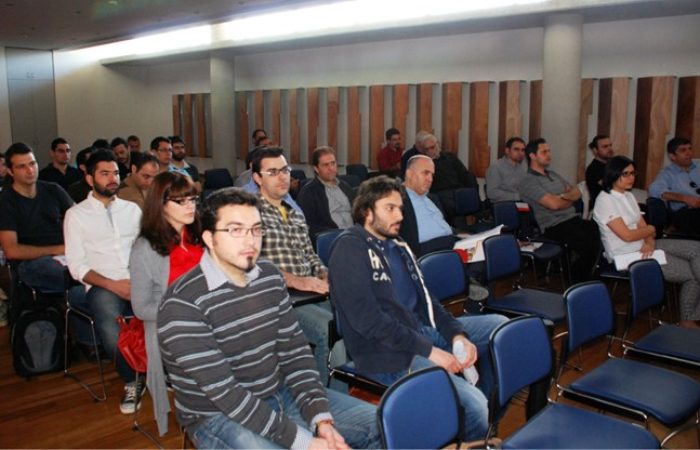 On the 9th April 2012 the second KIOS workshop was organised following the success of the first one which took place last year, in April 2011. The KIOS workshops are organised annually by the KIOS Research Center to provide an opportunity to exchange ideas and foster further collaborations between KIOS researchers as well as the external collaborators. 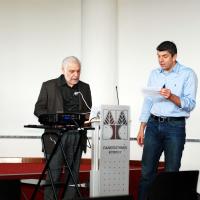 The workshop was opened by a Professors Marios Polycarpou and Christos Panayiotou. A short address was also made by Dr. Anna Maria Christoforou from the Cyprus Research Promotion Foundation who stressed the importance of research collaborations, highlighting the positive work of the KIOS Research Center.

The morning session of the workshop included keynote presentations from Professors:

•Sergios Theodoridis, National and Kapodistrian University of Athens, “Adaptive Learning in a World of Projections”

The talks were followed by a «Poster Session» where 38 posters were presented by KIOS researchers and their collaborators, including other UCY research teams and external partners from USA, Switzerland and Italy. Posters demonstrated specific research activity covering a variety of research fields which spanned the range of expertise of the KIOS Research Center. 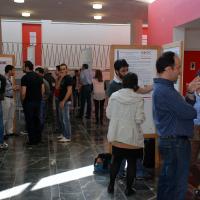 In addition, sensor network and distributed fault detection applications were presented in the areas of water and fire monitoring. In the area of health care, the posters covered areas as varied as optical diagnostics, nanoparticle applications, tumour growth and chemotherapy models, speech analysis, and EEG and fMRI analysis. Robotics, electronics, pattern recognition applications such as fingerprint detection, even smartphone and web apps were also presented.

The 2nd application period for the MSc in Intelligent Critical Infrastructure Systems has started!

Invited talk: Malloc: From pre-seed to YC and almost $2M seed round in a year

The US Ambassador in Cyprus visited the KIOS Center of Excellence