News » Working towards the improved safety and protection of citizens

Working towards the improved safety and protection of citizens 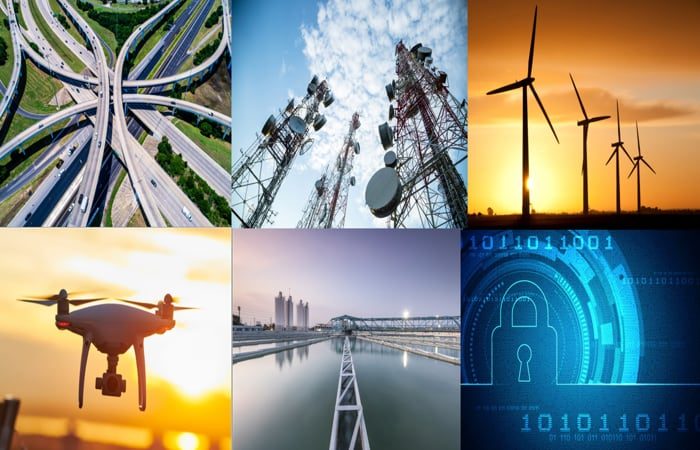 The KIOS Research Center  is one of 12 partners participating in an important Network of Excellence for civil security. The Network is funded by the European Union’s 7th Framework Programme for a total of 6.5 million euro.

In order to prevent such catastrophic consequences which threaten the safety and well-being of citizens, CIPRNet will coordinate research efforts to empower Critical Infrastructure networks to be more resilient and prepared for emergency situations. The Network will facilitate and channel support from various research communities to better equip emergency responders, governmental agencies, and policy makers for improved preparedness against service disruptions of Europe’s complex system of interconnected and interdependent infrastructures.

Reaching and maintaining the required level of preparedness requires adequate and fast adaptation to on-going changes of Critical Infrastructures. CIPRNet will implement advanced modelling, simulation and analysis capabilities to support more effective responses to disasters and emergencies that affect or originate from multiple critical infrastructure failures. Such competences will enable decision-makers and operators to analyze the various possible courses of action, perform “what if” analysis, and study possible short and long term consequences of their decisions. The consequence analysis will be based on real-time and statistical data, status information on involved infrastructures, meteorological data, and more.

CIPRNet will also facilitate “field” tests, at national and EU-wide levels, to demonstrate the function and impact of such capabilities. The large EU Network will also, through a series of mechanisms, such as the delivery of targeted workshops and several training events, facilitate stakeholder (and end-user) involvement. Instrumental to this end will be the project’s International Advisory Board.

Emphasis will also be given on ensuring that such support is available and appropriate in the long-term by exploring the network’s capacity to sustain new capabilities and further innovation in critical infrastructure protection/security. To develop, consolidate, and sustain the new capabilities in the long-term, CIPRNet will establish a virtual centre of competence and expertise in Critical Infrastructure Protection (VCCC). The VCCC will serve as a foundation for a European Infrastructures Simulation and Analysis Centre (EISAC), with the ultimate goal of sustaining further development in the area.

As an additional capability, CIPRNet will also support the security design of Next Generation Infrastructures, such as Smart Grids, involving the use of up-to-date information and communications technology to improve the efficiency, reliability, economics, and sustainability of the production and distribution of electricity.

The CIPRNet Network of Excellence is led by a consortium of research organizations, universities, and end-users, and brings together significant technological know-how and expertise from specialists’ institutions, within and outside Europe. This includes valuable knowledge and innovative technologies originating from over sixty previous research projects in the field of Critical Infrastructure Protection. The Network includes world-renowned European research institutes, stakeholders, and universities: Fraunhofer (Germany), ENEA (Italy), TNO (Netherlands), CEA (France), JRC (European Commission), Deltares (Netherlands), International Union of Railways (France), ACRIS GmbH (Switzerland), the University of Cyprus (Cyprus), the University of Technology and Life Sciences in Bydgoszcz (Poland), the University Campus Bio-Medico (Italy), and the University of British Columbia (Canada). The project coordinator is the Fraunhofer Institute for Intelligent Analysis and Information Systems.

The University of Cyprus is participating through a team of experts from the KIOS Research Center for Intelligent Systems and Networks. The team is led by Professor Elias Kyriakides, who is the Chair of the European Science Foundation COST Action Intelligent Monitoring, Control and Security of Critical Infrastructure Systems (IntelliCIS). Senior members of the research team also include Professors Marios Polycarpou, Giorgos Ellinas, and Christos Panayiotou.

The project is funded by the Seventh Framework Programme of the European Community for research, technological development and demonstration activities (2007-2013) – Information Communication Technologies.