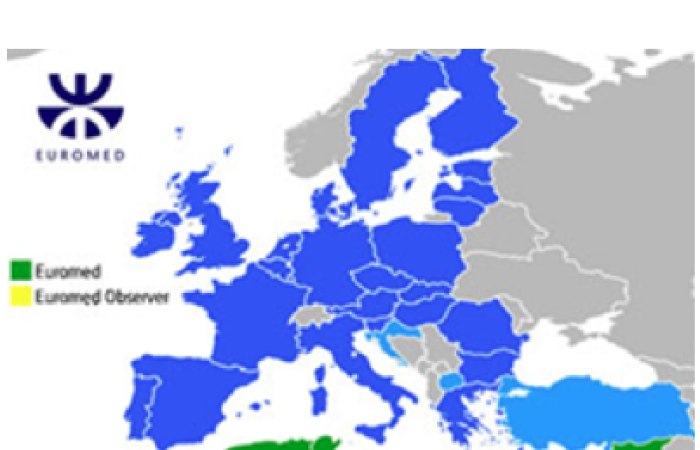 The KIOS Research Center at the University of Cyprus is coordinating two new projects, 3D-Mgrid and COM-MED, funded by the programme ERANETMED. The ERANETMED programme aims to build “sustainable” Euro-Mediterranean cooperation to help tackle common socio-economic challenges faced by the region.

The two projects coordinated by KIOS focus on energy efficiency and involve the development of new smart grid technology that can help create effective approaches for managing the way power is distributed and utilized, and ultimately help to cope with the problem of ever growing worldwide energy consumption. They specifically focus on the development of novel technology that can improve the utilization of renewable energy sources as well as the operational capacity of power and telecommunication infrastructures in the Mediterranean region.

The project 3D-Mgrid will facilitate the design, development, and demonstration of a future-proof active smart micro-grid system to integrate and optimize multiple small to medium sized energy sources and loads. The overarching objective is to capitalize on the availability of local and large renewable energy resources and adapt them for sustainable solutions in terms of electric power demand and supply. A demo smart micro-grid system will be built integrating all energy components, in an effort to (i) maximize renewable energy utilization, (ii) reduce the carbon footprint by minimizing consumption, (iii) improve the power quality while ensuring economic feasibility, and (iv) replicate similar setups to institutions, as well as commercial and rural sites. The project results aim to bring about the reduction of energy loss during energy distribution which in turn will reduce CO2 gas emissions, reduce production costs, and ultimately decrease consumer electricity bills. Contributions from Cyprus are coordinated by Professor Elias Kyriakides of the Department of Electrical and Computer Engineering and the KIOS Research Center at the University of Cyprus. The project consortium comprises 10 specialist organizations (academic, research, and industry organizations) from 8 Mediterranean Countries including Cyprus, Jordan, Algeria, Malta, Spain, Germany, Greece, and Turkey.

The project COM-MED aims to develop autonomous intelligent power distribution microgrids, which are supported by modern telecommunications systems. The project also aims to enhance the operation of mobile communication systems with renewable energy sources, allowing the coverage of several geographical (include remote) areas that are far from the backbone power/communication infrastructure and resulting in significant energy savings.

Intelligent micro power distribution is a prerequisite to support telecommunication systems which help towards the optimal allocation of energy resources in the network. On the other hand, telecommunications systems also require significant energy resources for their smooth and continuous operation. The main objective of the COM-MED project is thus to study the interaction between communications and energy networks using autonomous intelligent microgrids. The project includes the design and optimization of an energy microgrid, consisting of distributed renewable energy sources, which supports the operation of telecommunications cellular systems. The aim is to optimize the operation of the autonomous microgrid by using advanced signal processing and communication systems including multiple antenna systems, broadcast systems, as well as channel coding and precoding techniques.

The project is coordinated by Professor John Krikidis of the Department of Electrical and Computer Engineering and the KIOS Research Center at the University of Cyprus. The consortium includes organizations with significant research experience in designing telecommunication systems, signal processing, and energy systems in order to carry out a comprehensive study. These are MTN Cyprus, the University of Patras (Department of Computer Engineering & Informatics), the University of Notre-Dame of Lebanon and the Research Center Institut National de Recherche en Informatique et en Automatique (INRIA) of France.