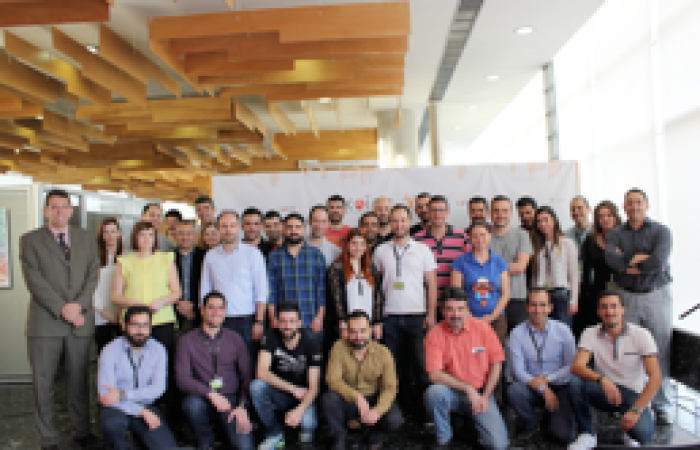 The selection of these Centers of Excellence was made following a strict selection process which was implemented in two phases. In the first phase 31 proposals were selected (out of 169 submitted), which received funding to develop a Business Plan. In the second phase, 10 Business Plans were selected for the creation of Centers of Excellence in 9 different countries. The proposal to upgrade KIOS to a Center of Excellence in the University of Cyprus was ranked in 4th place amongst the 10 chosen by the European Commission for funding.

A key prerequisite for participation in the programme Teaming is the requirement for long term and sustainable collaboration with leading universities/organisations in countries with advanced research and innovation performance. In this endeavor KIOS has as an invaluable partner Imperial College London which will share best-practice and expertise to help with the development of the Center of Excellence. This support is wide ranging and will span across areas related to basic research through to matters relating to technology transfer and enterprise development. Such expertise is of significant value to the University of Cyprus as Imperial College London is one of the world’s leading Universities, ranked in the top 10 according to the Times Higher Education and QS World University Rankings for 2016-17.

The KIOS Center of Excellence will conduct multidisciplinary research and innovation in the area of intelligent systems and networks with emphasis on monitoring, control, management and security of critical infrastructures such as electric power systems, water distribution networks, telecommunication networks and transportation systems. The vision of the Center of Excellence is to develop excellent interdisciplinary research on a global scale, as well as to produce new knowledge and important tools that can be applied to solve real-life problems in these applications.

The main pillar of the KIOS Research Center of Excellence is the creation of an “Innovation Cluster” (KIOS Innovation Hub), to provide research and innovation services to organisations involved in the management, operation and security of critical infrastructures in relation to monitoring, control and security through the use of information and communication technologies (ICT). A significant number of organizations and companies have already joined the KIOS Innovation Hub, including the Water Development Department and the Water Board of Limassol for water resources management, the Cyprus Electricity Authority, the Regulatory Authority for Energy Cyprus (CERA) and the Transmission Systems Operator Cyprus (TSO), for energy, the Ministry of Transport, Communications and Works for transport and Cyta, Huawei Technologies and ARX Global Ltd for telecommunications, as well as the Cyprus Police and the Ministry of Defense for matters related to security and emergency response.

Funding and the development of a critical mass of researchers

Through the Teaming project, the KIOS Research Center will receive total funding in excess of € 40 million. This includes € 15 million funding (seed funding) by the European Commission and a substantial co-financing amount from national resources over a fifteen year period. The business plan for the KIOS Center of Excellence foresees the development of a critical mass of highly qualified researchers to work in the high-tech arena. Moreover, the funding will help to establish significant infrastructure to support the development of innovative research in the areas of monitoring, control, management and security of critical infrastructures. This is turn will enable KIOS to secure further research funding, enabling it to become sustainable in the long term.

The KIOS Research Team comprises of Faculty members and researchers from the Department of Electrical and Computer Engineering of the University of Cyprus. A number of other Departments of the University are also collaborating in the project including: the Departments of Economics, Psychology, Civil and Environmental Engineering, Education, Business and Public Administration, Social and Political Sciences, and the UCY Library. The core research team comprises of Marios Polycarpou, Christos Panayiotou, Georgios Ellinas, Maria Michael, Elias Kyriakides, Costas Pitris, Charis Theocharides, Ioannis Krikidis, Demetrios Eliades, Stelios Timotheou, Panayiotis Kolios and Kalina Georgiades. The coordinator of the project is the Director of the KIOS Research Center Professor Marios Polycarpou.

In the press release issued by the University of Cyprus the Director of KIOS Professor Marios Polycarpou highlighted that: “the development of such a Center of Excellence will help to create a research and innovation ecosystem in the area of information technologies in Cyprus. This ecosystem will link universities, technology companies and end users, government agencies, as well as enterprise support companies. This collaborative network will bring new employment opportunities for young people, as well as new ideas for economic growth in Cyprus.”

In the Press Release the Rector of the University of Cyprus, Professor Constantinos Christofides also stated that “the success of KIOS is evidence of the high caliber research activity being undertaken at the University of Cyprus. The KIOS Center of Excellence project is a significant and an exceptional opportunity to establish a flagship research and innovation Center of excellence —the first such Center in Cyprus― capable of stimulating the creation and growth of a regional industrial ecosystem with major economic and societal benefits for Cyprus and Europe. In the next few years, KIOS will employ 150-200 researchers, will develop significant infrastructure, new research activities, collaborations with companies and governmental organizations and will capture new opportunities for innovation and entrepreneurship. We will create a Center of Excellence in order to improve our performance in research and innovation and most importantly provide opportunities for our graduate students and potential researchers to work and create here, in the University”.