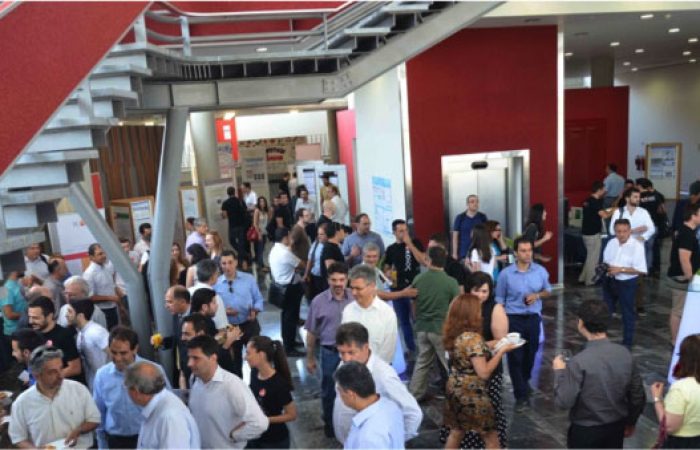 The KIOS Research Center for Intelligent Systems and Networks celebrated its 5th year anniversary in the presence of the President of the Republic of Cyprus, Mr. N. Anastasiades. The President addressed the special Workshop organized by the University of Cyprus to celebrate the Center’s significant achievements during this period. Over 140 people (scientist, academics, researchers, business collaborators, government officials, representatives from public services, and international collaborators) attended the Workshop which took place on Tuesday, 10th of June 2014, at the University of Cyprus.

The KIOS Research Center for Intelligent Systems and Networks is a large research center within the University of Cyprus. In the last 5 years, it has secured more than 50 research funded programs from EU funding. The centre’s researchers undertake research in key technological areas of importance to Cyprus and the global economy. The Center participates actively in the international research arena and contributes to the advancement of knowledge in the area of Information and Communication Technologies. Application areas for these types of technologies include electric power systems and renewable energy, water, telecommunication and transportation networks, as well as ICT for health and the protection of the environment.

KIOS collaborates with 200 organizations world – wide and has acquired an excellent reputation within the international scientific communities. The Center’s collaborators range from world-renowned academic institutions, in Europe and the United States to large industrial partners and small and medium size enterprises who are seeking solutions to real-life problems.

The Center is now a leading research center in Cyprus with strong international standing for its contributions to the promotion of the knowledge-based economy in Cyprus, the creation of new jobs in high-tech areas and the design of new products and services. 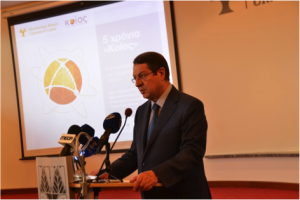 The President of the Republic of Cyprus, commended the University for the success of the KIOS Research Center which has acquired an excellent reputation within the international scientific community. During the celebrations, Mr. Anastasiades described the center as a model of excellence with regards to its contributions to the development of cutting-edge technologies, in attracting significant competitive research funding, as well as for providing employment opportunities for young scientists and for developing new products and services.

In their welcome speeches, the Rector of the University of Cyprus, Professor Constantinos Christofides, and the Director of KIOS, Professor Marios Polycarpou, emphasized the importance and benefits of research, technology, and innovation to competitiveness and economic growth, as well as the international standing of academic institutions. As Professor Polycarpou stated “a distinguishing feature of world-class universities is that the research work being undertaken has a widespread impact on technological innovation and the economy through the creation of new enterprises and the subsequent employment of young talented researchers. This is what the University of Cyprus strives towards”. 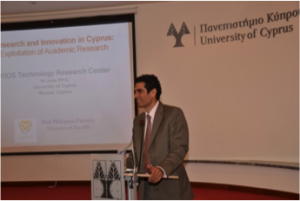 During the Workshop, a series of posters and demonstrations of the research and technology being developed at KIOS were showcased by the Center’s research teams and their collaborators. The posters demonstrated specific research activity being undertaken at KIOS which contributes to the advancement of knowledge in the area of Information and Communication Technologies. Application areas for these types of technologies include renewable energy, water, telecommunication, and transportation networks, as well as ICT for health and the protection of the environment.

Please refer to the Workshop website for further information:

Press Coverage of the event: